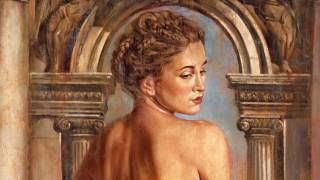 Tadeusz Rut, born in 1931, was known to many track and field fans as one of the leading athletes of Polish Olympic “wonder team” in 1950’s and 60’s. In a country devastated by tragic history, World War II and in a grip of the stalinist, soviet regime, he and his peers, winning international trophies, were the national heroes, who elevated spirit of the nation desiring full sovereignty and recognition of its pride and traditions. A bearer of the Polish flag in Melbourne, Austr

Being different. My playful new series of drawings

Peccata Nobis. Our sins or virtues?

My tribute to Muhammad Ali

Neo-kitsch and the return to the Classics